I was instantly struck by the brilliance of the Pendleton design.... it occurred to me that it would be nice to have built in storage for my silencers. I called Bruce.... he assured me he had a wonderful idea. 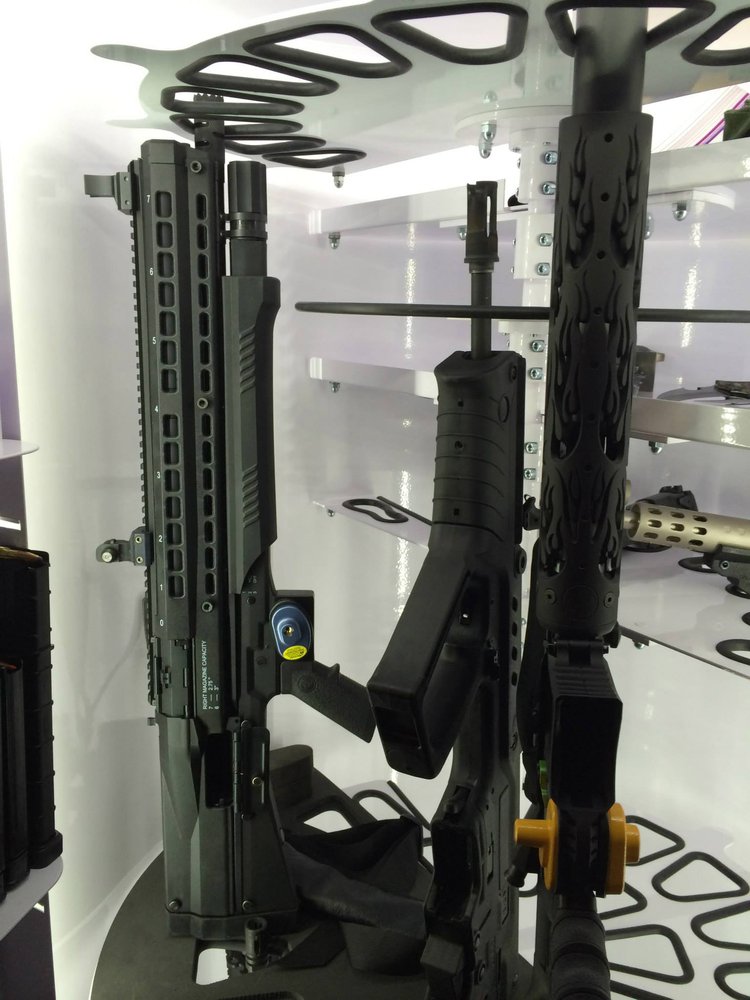 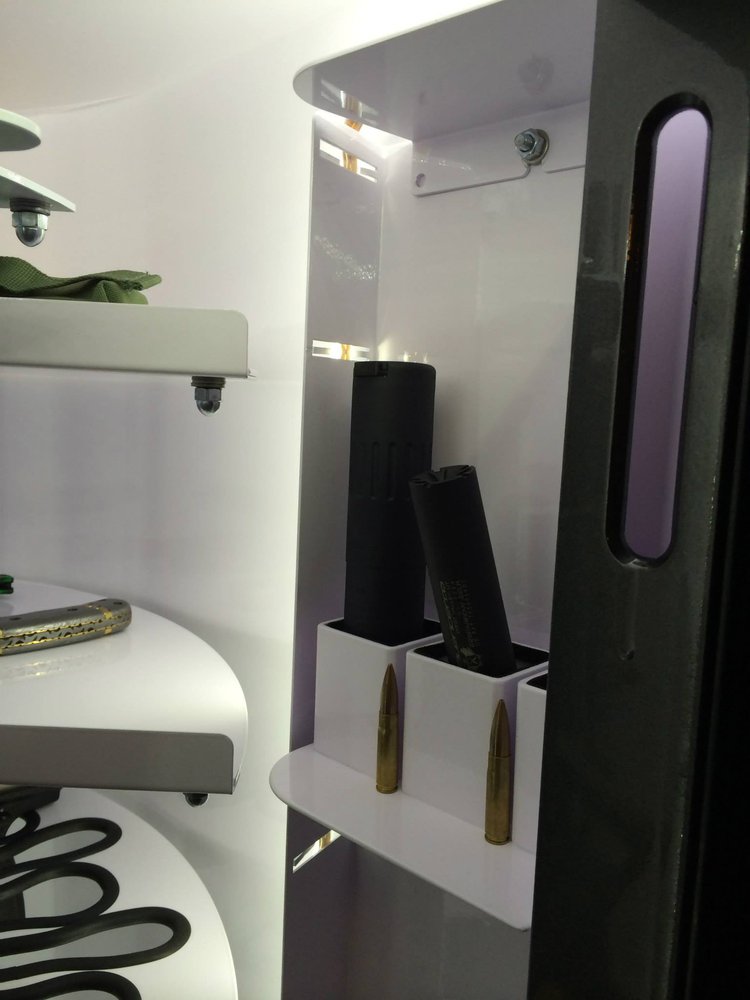 I am not the traditional shooter. I like to put as many visible holes in my targets as possible. When possible I prefer to shoot large fruit, shaving cream, paint cans, tannerite or propane tanks with semi and full auto weapons. I don't own any wooden long guns, mainly scoped AR's and tactical shotguns.

When I bought my first "safe" it boasted of 12 gun storage. I thought that would hold all the guns I would ever own. I was wrong on three counts. A typical twelve gun safe only holds four to six modern day rifles, I would own more than twelve guns and that safe just was not very safe. As I started my search for a larger safe. I looked at all of the big box store safes, watched videos of what safe quality meant and checked out some higher end safes at my area gun store. I was very unimpressed. The larger safes all had the same problem as the smaller safes: the capacity was only a half to a third of what they claimed when it came to AR type rifles, yet the price was exponentially higher than my 12 gun "safe".

When I stumbled on the shot show video I was instantly struck by the brilliance of the Pendleton design. A safe built around a "Lazy Susan". The inside was bright white and vibrantly lit. Every gun was easy to access and they would customize the trays to your gun collection. I had to have this safe. I am not an impulse buyer. I continued to shop around looking for a single novel idea in safe design that was closer to my original price bracket. Fortunately, there we no other novel ideas in safe design and several months after talking to Bruce I made the purchase. I let my wife pick the color and went through my existing gun collection plus a few other guns on my list with Bruce and the wait started. About ten days into the wait it occurred to me that it would be nice to have built in storage for my silencers. I called Bruce and over the phone he assured me he had a wonderful idea.

Several weeks later, I received a call from Pendleton that my safe was complete. We arranged shipping and a few days later the truck arrived. When the driver used the pallet jack to take the heavily wrapped and boxed safe off the truck i was outright taken back by the enormity of the safe. After stripping the packing materials in the driveway i was then wowed by the paint job. My wife had picked Sterling Gray. The paint was so deep and glossy it made the paint on my the gripping Artic Silver paint on my Porsche look second rate. This is no exaggeration, the paint looked wet and still does several months later. The driver commented that he "had never delivered such a fine piece of craftsmanship in his life".

Originally, I was going to move the safe into my basement, but running short on patience I moved my guns into the safe that currently resides in the garage. The safe does feel out of place in the garage, but every morning before I go to work I punch in the code, swirl the 50 cal casings and take a peak at my hardware. I have decided that I do not want to bury the safe in the basement. I have been getting daily enjoyment and frankly it makes it much more difficult to drive to the office everyday.

I cannot over emphasize my next point enough. From start to finish there was no end of the personalized service that Bruce and the team have provided. They handheld me through the safe choice, build process and delivery process. In addition to the six silencer holders built into the safe, Bruce custom designed a tray for an unusual gun off mine. Bruce personally returns calls on weekends, Sundays included. This company wants to make sure your safe is perfect. Before purchasing this safe I was not sure that this level of customer service existed in America anymore. I feel like I bought a safe and made a friend at the same time.

I had two initial reservations when ordering: the electronic lock and the price. My thoughts on the electronic lock (my first), thank you Bruce for talking me into this lock. I frequently open it just for a gander at my guns. I would not do this if I had to twirl the dial each time. I actually enjoy my guns more since putting them in the Pendleton Safe. The second is the price. This is really simple. If you anticipate continuing to build your collection over time this safe will be no more expensive than the multiple clunkers you buy to house the same amount of guns. The Pendleton TAC 75 is the dream safe of a shooting buddy of mine. He has three safes in his gun workshop down in the basement and he is still buying guns. After his next safe purchase he will have spent as much as me on safes. His safes are large, dark and a waste of steel. Mine is a masterpiece of thoughtful design. I someday hope to have so many guns that I need another Pendleton Safe. I am off to take a quick gander at my guns and hit the sack.